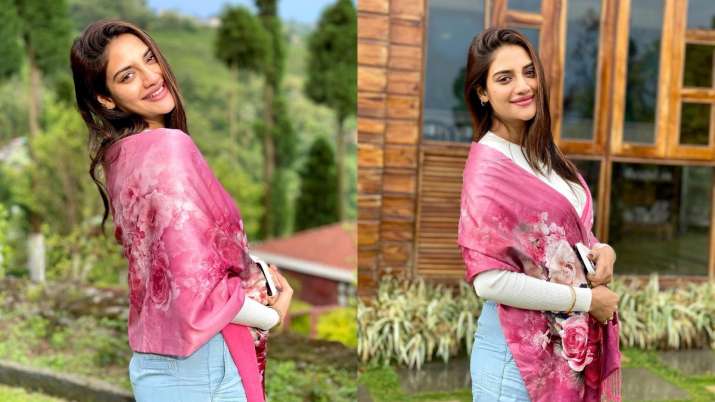 Trinamool Congress MP and actress Nusrat Jahan recently came into the limelight when she spoke up about her divorce from businessman Nikhil Jain. The couple who got hitched in the year 2019 parted ways six months ago. Her statement read, “Being in a foreign land, as per Turkish Marriage Regulation, the ceremony is invalid. Moreover, since it was an inter-faith marriage, it requires validation under Special Marriage Act in India, which did not happen. As per court of law, it is not a marriage, but a relationship or a live-in relationship.” Soon, rumours about Nusrat being pregnant started doing rounds after photos of her flaunting her baby bump went viral. Well now, she has shared certain pictures of herself on Instagram that confirm her pregnancy.

Taking to the photo-sharing application, Nusrat shared a couple of pictures in which she can be seen wearing a white top, blue jeans with a pink shawl over her shoulders. She cradles her baby bump while the pregnancy glow is quite evident on her face.
Read more at:- Indiatvnews

This site uses Akismet to reduce spam. Learn how your comment data is processed.

Add No.1 Educational Blogs to your Homescreen!